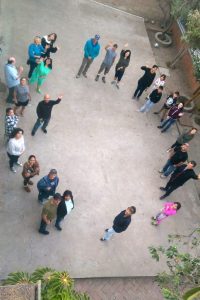 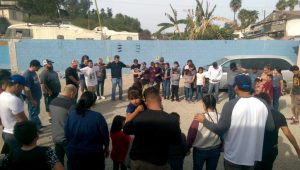 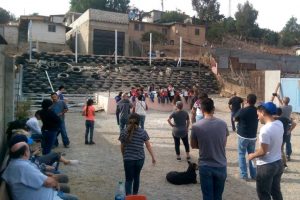 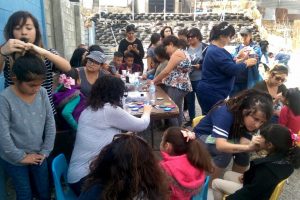 We really sprung into spring with team ministry this year! For seventeen days around Easter time, we had four teams, did ministry at three orphanages, two VBS/soccer camp/women’s ministry locations, one kids’ club, two festival outreaches, and more! Two of these teams, as well as a couple others, spent a lot of time and donated a lot of funds toward the construction of Casa de Los Angeles orphanage here in Rosarito. We have seen a huge amount of progress on this project over the last few months, which is very exciting!

Nine of those days we hosted two teams together, as all of these teams overlapped each other. This would not have been possible without our awesome staff – Shawn & Pam Cullen and Jody Gonzales. Shawn & Pam did a great job as always serving alongside the teams, hosting them, cooking meals, packing lunches, and so much more! Jody has been helping Pam in the kitchen and has been a huge blessing! 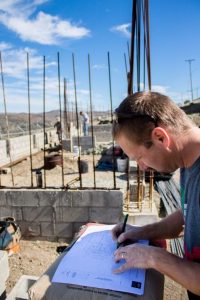 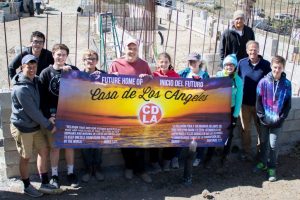 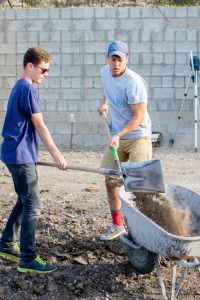 LCPC/La Jolla Team: View of the progress at CDLA orphanage at the beginning of the work being done this year.

If you have not seen William in a while, this photo does not lie. He is now taller than his parents! Will is having a great school year, and will be finishing up in about a month. He recently joined a local basketball team and has gotten quite good. Brian and Brittany continue to serve at Calvary Chapel Playas in Playas de Tijuana, where Brian also works full time. They moved about five months ago from the caretakers’ home at Casa de Los Angeles orphanage in Rosarito to a nice home in Tijuana, which is about a half an hour closer to work, church, and school for them. Brian is taking a music class this semester, and Brittany started a new job recently at Chick-Fil-A just over the border where she was quickly promoted to Shift Leader. (She’s following in her dad’s footsteps, I guess.) Also, CDLA was blessed to find a wonderful missionary couple to live in the caretakers’ home. 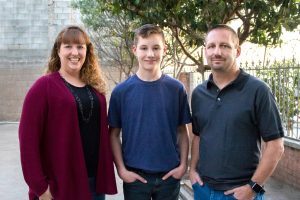 As many of you know, our family went through a tremendous loss last year. Both Ron’s mom, Sue, and Kristy’s sister, Kimberly, went to be with the Lord in December. We would like to take a brief moment to say thank you. Our fall trip last year was primarily spent with family, as Sue’s health, especially, was beginning to decline. Normally on these trips, while also visiting with family, we strive to meet with all of our supporters. We are so grateful for your understanding in this, as well as for the time we had together. Sue and Kim were always huge supporters of ours in so many ways. We will truly miss them. 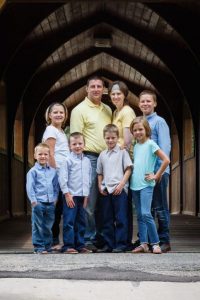 At this point in time, it looks like the final signing of the papers to purchase the property has been delayed approximately until July. Please join us in praying that everything will go smoothly and there won’t be any further delays.

The amount of the personal loan we have taken out that covers the difference still needed to pay off the property is $26,500. If you feel led to give toward the purchase of our ministry dorms, you may do so by one of two ways: