“For God so loved the world that He gave his only begotten Son, that whoever believes in Him shall not perish, but have eternal life. For God did not send the Son into the world to judge the world, but that the world might be saved through Him. He who believes in Him is not judged; he who does not believe has been judged already, because he has not believed in the name of the only begotten Son of God. This is the judgment, that the Light has come into the world, and men loved the darkness rather than the Light, for their deeds were evil.” John 3:16-19 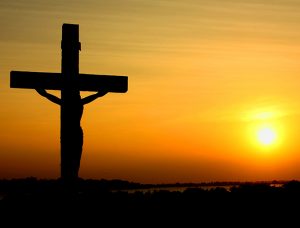 God is so good! Over the last month my desire to know Him and walk with Him has grown as I have seen more and more everyday how much I need Him and how helpless I am without Him and how much He loves me and is faithful towards me. I praise God that He lives, and that Jesus’ grave is empty.
Sometimes it’s hard for us as a family to continue down a path that is against the flow and is opposed by so many different groups of people, and it can be especially hard for me (Matt) to really lead my family in the ways of God. It would be much simpler to just work a normal job and let things “go their course”. After all, so many people don’t really believe Gods Word anyway. We talk about it in our huddles but we don’t live like it’s contents are historic facts that were recorded under the inspiration of the Holy Spirit. I also battle the same apathy – What is the difference between my moral and humanitarian efforts, and well meaning Mormons, Muslims, or Atheists?

However, this weekend we celebrated the resurrection of our Savior and King, Jesus Christ; who’s life, death, and appearance after death is the most well documented event in all of human history. The evidence that Jesus really lived is unsurpassable, the historicity of His death is a verifiable fact, and Jesus’ resurrection is a provable truth. What separates a Christian from a Buddhist is not emotional stability. What separates believers in Christ from Agnostics is not the amount of good deeds done. What separates disciples of Jesus from devoted Taoists is not their moments of spiritual elevation. A Muslim can feed the homeless and care for an orphan. A Pantheist can live a stable, productive life. And a Mormon can have spiritually high moments of inspiration. The difference between us and all other belief systems is that what we believe in is true, and verifiably so. The Bible is proved more true every passing day.
I have chosen to move my entire family, including our unborn son, across the world on April 12th, to an unfamiliar situation, because Jesus said to make disciples of all peoples and to teach them all that He (Jesus) commanded. It isn’t easy and it isn’t always popular, especially when our focus is the Gospel of Jesus Christ and not always the alleviation of earthly suffering. But here’s the thing; Jesus spoke of two separate places each human gets to spend their eternal post-earth existence. According to Jesus we all will either end up in a never ending relationship with God in heaven, or in separation from Him in the unquenchable fires of Hell. Only belief in Jesus Christ as your Lord and Savior will dictate which of those places you spend eternity. And no matter what earthly suffering you might be delivered from, your soul could still be in perilous jeopardy.

I celebrate the fact that God is good, and that despite His people sharing the attitude that I often struggle with, He still saw fit to redeem us and to pay for us at the cost of His own life. I thank God that Jesus rose from the dead, proving His power over sin and death, and forever reserving a place for us in His Kingdom.
We are extremely grateful for God’s faithfulness, and for your partnership with us and support as we go out. It is God’s faithfulness and your support that allow us to continue in this ministry. May God increase each of our faithfulness to His individual callings on our lives. May we each be used in the spreading of His Truth!