But He answered and said to them, “I tell you that if these should keep silent,  the stones would immediately cry out.”  Luke 19:40

This was an exciting month for Brian as he was able to go to  Israel.  My brother in-law has been a part of several archaeological digs in Israel and Jordan.  This year he invited Brian to be a part of a new dig at Shilo.  Shilo is where the tabernacle and ark of the covenant were located for 369 years.

The land itself declaring God’s Word.

This was a once in a lifetime opportunity that could not be passed up.  Many people wonder why archaeology is so important and I know there is probably a more detailed answer but I believe it is important because it reveals the truth of the Bible.  It is literally the land itself declaring God’s Word.

Brian getting a visa to Israel was not quite as easy as we thought it would be.  There are many Israelis in Uganda and we seem to have a good relationship with them as a country, so we thought no problem. The Israeli embassy is actually in Kenya so we had to send Brian’s passport to 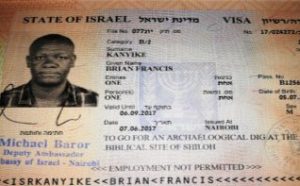 them, along with required forms and documents they asked for.  We were told it would take 2-3 weeks.  Well 2 months and 5 days later Brian finally got his passport back with the visa in it.  This was actually a few days after when he was scheduled to fly out.  In between there they called almost everyday asking questions, wanting contacts of people in Israel and quizzing him on what archaeology is and what was he looking for in Israel. Another issue they had were the multiple South Sudan visas in his passport. We almost thought he would not get to go.

We almost thought he would not get to go.

Towards the end of our waiting we realized it was God working all things together for good.  On the night before Brian was originally scheduled to fly, and he still had not received his passport back, we received a phone call from our lawyer.  She called that we had been scheduled last minute to come in the next morning for court to finalize Liana’s adoption.  If Brian had received his passport on time he would not have been here and we would have missed this long awaited day.  After that Brian almost immediately received his passport and was on a plane to Israel!  God’s timing is perfect!

It is a dream of most Christians to one day visit Israel and to walk where Jesus walked.  It is something every pastor and Bible teacher should get to experience.  Being there makes the Bible come to life and gives a fresh realness to the truth you already know and have been teaching. 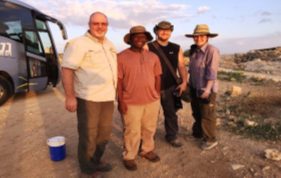 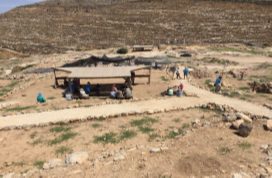 Knowing that we were digging where the tabernacle had been…was amazing.

This is Brian’s personal account of his time is Israel. “It was a privilege for me to be a part of the archaeological dig taking place at Shiloh.  Knowing that we were digging where the tabernacle had been and where the  ark and glory of the Lord dwelt was amazing.  Everyday we were finding many pieces of pottery other artifacts.  No matter how much we found, it never ceased to be a surprise and a wonder that we were holding pieces of history older than Jesus. 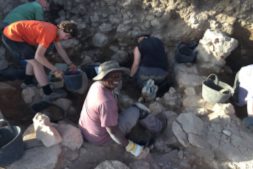 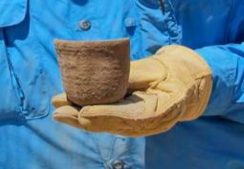 Walking where Jesus walked and reading the words He taught where He taught them was another blessing of being in Israel.  I believe the Bible is the inspired Word of God.  I believe it has the power to change lives and to lead and direct us.  Being in Israel strengthened what I already believe in ways that I cannot put into words.  It is like the Bible comes to life for me now instead of just being words I believe and teach.

Another thing that stood out to me while I was in Israel, mostly immersed in history, was that God is not done with Israel yet.  There are still promises and prophesies to be fulfilled.  The more that is discovered to prove what God has already done, makes that which is still to come seem so much closer. 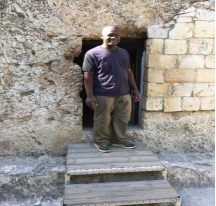 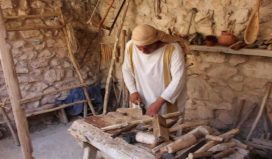 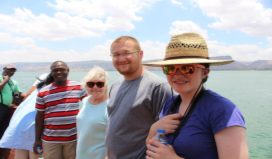 I am so thankful to my brother in-law for inviting me and for the whole ABR team for making me apart of their team at Shiloh.  I am blessed beyond measure for all I learned and that the Lord opened my eyes to in Israel.”

Thank you for praying for and supporting our family and the ministry in Uganda. 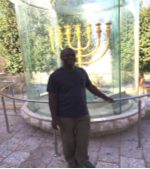