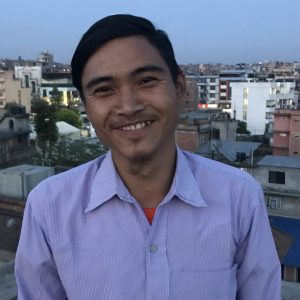 Raju first heard the Gospel from his brother who had moved from their village to the capital city where his brother grew up in a children’s home. Raju accepted Christ as a youth after hearing the Gospel from his older brother. After becoming a Christian, Raju began sharing the Gospel with others in his village. He realized his need to grow and get further training in the Word of God and decided to attend the Calvary Chapel Pastors Training Center and School of Ministry.

During his two years of studies, he returned to his home village during the school breaks and held bible study for those living in his village. Raju graduated in 2018 and returned to his village with an even greater burden to reach people for Christ. His village is a 6 hour hike from the closest road and is higher than the clouds, but God is doing a great work through Raju. He has planted a Calvary Chapel and it is the first church in this predominately Hindu area.