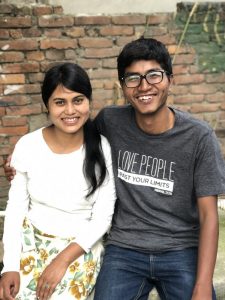 Rabi believed in Budha and at the age of 16, he became very sick for a long time. He began questioning Budha and searching for God. It was at that time that he agreed to go to church with his mother who was a Christian. As other Christians at church prayed for him, he was healed. Rabi heard the Gospel and accepted Jesus as his Savior during that time. As a young man, he had a hunger to know the Bible and be equipped for the ministry. He attended Calvary Chapel Bible College and after graduation, he began a Bible study in his home area.

Rabi was married to his wife Mahima in December 2018. In addition to planting a church in his home town, he is also teaching at the Calvary Chapel Pastors Training Center and School of Ministry each week. He has a heart of compassion for the sick and a passion to share the Gospel both in his country and online with many who watch weekly teachings from overseas.