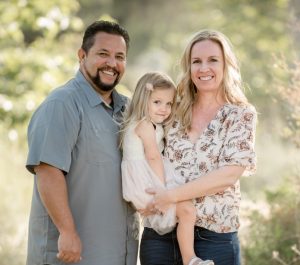 Bond and Heather met at church and were married in 1999. Then in 2002, they planted Grace Chapel in Santee – a suburb of San Diego, CA. Bond worked full-time in the Demolition Industry as well as served as Senior Pastor. Heather worked full-time as a Marketing Director and served alongside of her husband in women’s and children’s ministry.

In 2008, God began stirring in their hearts a passion to reach the nations with the Gospel and love of Christ. At the time, they had been leading weekend trips to Mexico for 15+ years, meeting physical needs with clothing, shoes, food and toys as a means to share the good news of Jesus Christ. However, their hearts became burdened to reach those who were unreached with the Gospel and to train up pastors and leaders in Asia and Africa.

They began to pray and soon realized that God was opening the doors for them to GO. For the past 8 years, they have been a part of establishing Bible colleges in the 10/40 window, discipling and equipping nationals with the purpose of planting churches amongst the unreached in Asia and Africa. The Gaona’s travel to several locations each year with their daughter Breanna and are grateful to be apart of SGWM to fulfill the Great Commission and reaching the unreached for Christ.