“If anyone wishes to come after Me, he must deny himself, and take up his cross and follow Me. For whoever wishes to save his life will lose it, but whoever loses his life for My sake and the gospel’s will save it.” (Mark 8:34, 35)

The experience of the Christian life is the experience of death; that is, dying to ourselves, dying to our desires and passions apart from Christ, so that new desires and passions in Him may be the driving forces of our lives. For most of followers of Christ, this typically means setting aside selfish desires for either sin or just plain comfort, putting aside our tendency to make ourselves comfortable and secure, and instead stepping out of our proverbial “comfort zones” for the sake of the Gospel. If you pressed a lot of Christians in the United States, you’d likely find that the ultimate “dying to self” experience for most would be picking up and moving to a foreign country. 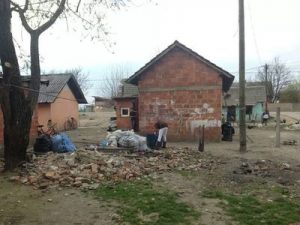 A Gypsy village in Zagreb, Croatia

That was not, however, the impression that I got as I sat in my office flanked by SGWM missionaries Rebecca Alaniz and (via Skype on my laptop) Brenna Kulla. Both of these young ladies are currently in a preparation period, gaining training and support before heading out to Eastern Europe, not far from each other in fact. Rebecca feels a call to head to Zagreb, Croatia, and Brenna plans on heading to Pecs (pronounced paych), Hungary. In Zagreb, Rebecca’s heart goes out to those in the Gypsy villages near that area, extending the love of Christ to those she says are looked at as “the despised, thieves, and unworthy of love” by many. Brenna sees a unique opportunity in Pecs, a university town that has become a center of diversity (a “borderless city” as she has heard it described) where she can work with other believers to offer the true gospel to foreign students and send them back to their home countries with the message of Christ. 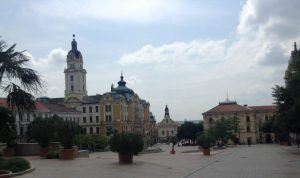 For both of these young missionaries, they felt called to the mission field from a fairly early age, but the Lord gave them more specifics during their time at Calvary Chapel Bible College (Rebecca in Murrieta, California after a trip to Croatia, and Brenna in Hungary). They both heard of Saving Grace World Missions, and that brings us to the place they are in life now, the period of waiting to go. It’s a period that Brenna describes as death. While leaving the American dream behind to bring the gospel to the nations is an act of “death to self” that many Christians are so afraid of making, Brenna and Rebecca feel that staying in the comfort of home is the ultimate act of dying to all that they want. They want to go. But God is asking them to wait. How long? Neither of them is sure, though they hope it isn’t much longer. But the irony is that, through this waiting, God has increased their trust in Him and His timing, so that even if it is longer than they hope, their trust in Him is unwavering. 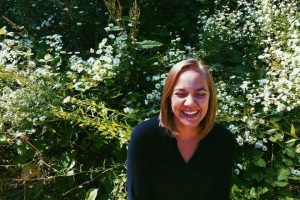 Part of what makes this season so difficult is that as they seek to raise financial support, many are only willing to partner with a missionary who is actually on “the field.” The problem is, missionaries in the waiting season like Rebecca and Brenna need willing financial partners before they are able to head out. A good sending organization wouldn’t send out a couple of single gals without the financial stability they need to be safe and fulfill their calling, but if it were up to these girls, they’d leave in a second with barely enough to scrape by. Part of the blessing of waiting for Rebecca is that she is not only learning to raise financial support, but gaining a team of spiritual supporters behind her. She is being discipled, trained on cross-cultural issues, and learning the gravity of leaving. “Once you’re sent out,” she says, “you’re gone, so I’m learning to enjoy the time I’m here with family and friends.” Plus, she’s realized that the more she shares her story with people in the states, people here are learning about Gypsy culture and their need for Christ who wouldn’t have otherwise been informed. She’s actually providing her target culture with more prayer warriors on their behalf by her staying! 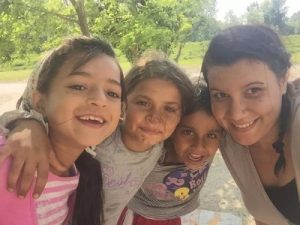 SGWM missionary Rebecca Alaniz (far right, preparing to go to Zagreb, Croatia) with some children in the Gypsy villages

Brenna feels much the same way. For her, “This season is an opportunity to invite people here to see the need and feel the calling as well.” It’s also taught her a lot about herself and God. “The walking and the waiting,” as she calls it, sometimes feels like a mountain in front of her, too big to scale. But as she realizes her own frailty, weakness, and inability, she is seeing God’s faithfulness do the work. Now she knows that when she finally makes it to Pecs full-time, it will only be because God has done the work, and she will have a greater confidence that he will get her through any challenges waiting for her there. For both Brenna and Rebecca, God has been redeeming the time of their waiting period. So while the preparation period may feel like death, they are finding abundant life in Christ in unexpected ways; abundant life that they can’t wait to see God use to turn Eastern Europe upside down for the Gospel.