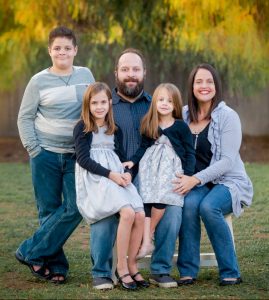 Mike and Erin Thiemann are stateside missionaries serving as the Director of Saving Grace World Missions. They have been serving with SGWM since its inception over a decade ago on the foreign mission field; Erin in Mexico and Mike in Africa. After getting married, Mike stepped into the role of Director and has been directing the ministry for the past fifteen years. They serve in the USA home office in Southern California. In addition to serving as Director of Missions, Mike is the Youth Pastor at Calvary Chapel Saving Grace where he and Erin have been involved for the last seven years and have the privilege of seeing the youth grow in their faith, in passion for missions, and in passion for reaching the world around them for Christ. They have three children; Malachi, Kyla, and Alaina.

mike@sgwm.com erinthiemann@sgwm.com
Sign Up Now
For Email Marketing you can trust.