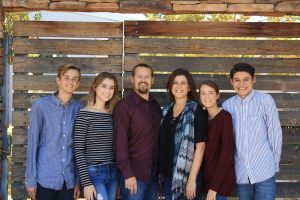 The Gause family was sent out as missionaries to Mexico in January 2013 where they served at the Calvary Training Center in Tijuana. God began to stir their hearts for planting churches in other unreached areas of Mexico as they were serving at Calvary Chapel Rosarito and Las Delicias. In July 2014 they assisted in planting Calvary Chapel La Paz where they served one year until they were called back to Tijuana to pastor a bilingual church. Ryan Gause is the Senior Pastor of Calvary Chapel Playas in Tijuana, Mexico. He and his wife Karen have four children: Jamie, Brian, Ryan, and Mackenzie.