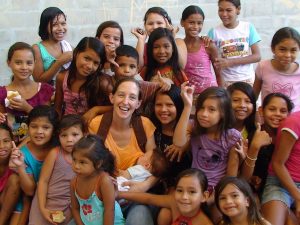 For many Americans, just the sight of a “Daddy Long Legs” spider showing up in the corner of the tub for our morning shower is enough to send us running down the street ready to burn down our whole house to get rid of the thing. I had this experience just a couple of nights ago with a giant silverfish bug at the entrance to my apartment. It took me a good five minutes to build up the courage to crush it with a shoe. Not my proudest moment. 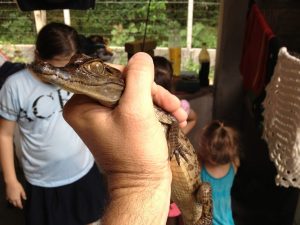 So imagine a world with giant fly-looking creatures that are seemingly wearing “Iron Man” style armor and are ready to eat you alive; a world with an array of bats, giant flying cockroaches, poisonous snakes, and malaria-carrying mosquitoes; a world where the beady little eyes of crocodiles sometimes poke themselves out of water lurking with piranhas and electric eels where you wash your clothes! For Brad and Melissa Miller and their children, this is just normal life for them in the Amazon jungle in Brazil. And for the Millers, these sometimes unnerving inconveniences are well worth dealing with in order to see the Gospel spread amongst the Apurina people.

If the Millers could sum up their specific calling in one mission statement, it would be to bring the Word of God and leadership training to the indigenous Apurina people. The Millers followed the Lord’s leading to Brazil about seven years ago, when they took over for the very first missionaries to ever contact the Apurinas and translate the New Testament into their language. They have been going hard ever since, pastoring a church in one village with a vision to reach many more of the over 100 villages up and down the river. In fact, they were just able to plant another church in a different village this past July, and there are opportunities to plant three more churches in different villages over the next two years. The harvest is plentiful in the Amazon jungle of Brazil, but it hasn’t been without challenges. 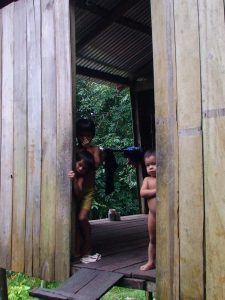 Apart from the challenges of large bugs, difficult weather, and lacking the luxuries and commodities we so often take for granted in the United States, there seem to be two main challenges to what the Millers are doing on the field. One of those is simply the ability to communicate the deeper things of the Gospel to the Apurinas after they receive Christ. “By simple faith, we bring the Gospel to them, and they receive it by faith resulting in a changed life,” Melissa says, “but where they have difficulty is in growing via written content.” Abstract Biblical concepts aren’t always easy to teach in certain cultures. Take, for example, Jesus’ teaching that He is the door (John 10:9). Up until about five years ago, the Apurinas didn’t even have doors, and the doors they do know of now are set up to protect electrical equipment and other things, so they are locked and meant for keeping people out. This doesn’t allow for easy application of Jesus’ proclamation that He is the way to salvation by use of the door metaphor! Many times, the Apurinas don’t even necessarily have a category for integral Christian concepts like, for instance, confession. But the Millers have worked hard in this area with the people, tirelessly pouring into them. As Brad puts it, their goal is to “teach them how to read with understanding so that they can go out and reach other people in the same way.”

Another challenge the Millers face is that of lacking resources. They have a huge vision for the Gospel in the remote jungle villages of Brazil, but this requires both financial and material resources, and people willing to go out. Brad and Melissa are trying to raise up the nationals to go reach out to their neighboring communities, which would be more efficient with a much smaller cultural gap to hurdle. But the first generation of Christians in these villages had some cultural qualms about evangelizing their neighbors, something that seemed too intrusive to them. However, through the work of the Millers and their supporters, the Holy Spirit is doing what He does best: transforming the hearts and outlooks of the next generations of Apurinas, opening them up more to take the gospel out to their neighboring villages up and down the river.

And that’s a good thing, because part of the danger of preaching the Gospel to a village is that if the missionary isn’t able to stay to disciple the people, other pseudo-Christian groups tend to move in and teach dangerous unbiblical doctrines to them. So the Millers are praying for continued resources to come in and for the Holy Spirit to lead others to go out and provide lasting biblical leadership as they plant churches all around the area. 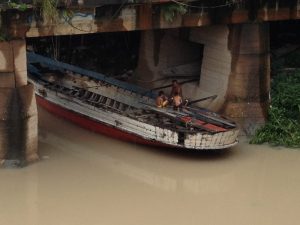 The Lord is doing amazing things through the Miller family, and their response is a humility that is part of the reason they are so effective. “We constantly feel ill-equipped,” they told me, “but we also constantly see God working despite our weaknesses. We are totally dependent on the Holy Spirit.” And I don’t think they, or the Lord, would want it any other way.