“Behold, children are a gift of the Lord…”

We are officially the Kanyike family!!!!!!!

It has been a very long process. We began the adoption process  7 years ago and this month we have finished.  There have been so many trials and hindrances along the way but we praise God that they were just logistical matters.  For us from day one our children have been ours, no one had to tell us or them, but it is nice to finally be recognized as a family by the Ugandan government.

I thought in celebration of the finalized adoptions we could look back on how far we and the children have come.

In May 2010 Brian and I celebrated our 4th anniversary.  From the very beginning we wanted to have children. After about 2 years and no children we went for every test imaginable but the doctors could find nothing wrong with either of us.  If you have ever struggled with infertility then you know all the questions and doubts that arise.  People would ask me about adoption and I felt that if God was not giving me children then there must be a reason so who was I to go and get one myself.  After sometime I was having lunch with a friend of mine  who has adopted several children.  I was sharing with her that children are a gift from God and that James tells us to help orphans is pure and undefiled religion, encouraging her in her calling as a mother. Something happened as I was sharing with her, it was like the Lord was speaking to me, giving me those verses.

As soon as we saw Luke we knew he was our son.

On the next Wednesday we had an afterglow and the pastors and elders were up front to anoint people with oil and pray for healing.  Out of the blue one of the pastors came up to me and asked if he and the elders could pray for me and Brian.  They prayed that God would give us a baby.  That very Friday a couple from our church who was adopting  told us that they had seen our son.  With in the next 2 days 2 more people told us about the same baby.  We knew it could not be a coincidence so we had to go and find out more.  As soon as we saw Luke we knew he was our son.  He even looked like us!

God is so amazing!  His gift to us was perfect!  Luke came home to us when he was 11 weeks old.  We have been thankful everyday of his life with us for the blessing he is to us and to all who know him.  He is  very sensitive, compassionate, artistic and intelligent.  This month he made 7 years old. 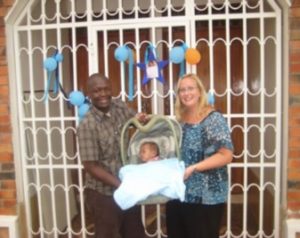 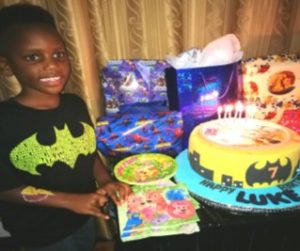 When Luke was about 1 1/2  we decided that we would love for him to have a brother or sister.  Around that time we had visitors at the guest house who were looking into international adoption.  We visited a babies home with them and gave the social worker there our contacts.  We actually met Laylee that day and fell in love with her because she was so tiny and so pretty.  She actually resembled Luke.  We were told that most the babies would be internationally adopted.  After several months we received several calls from the babies home saying they would like to meet with us.

…Brian heard God say that He was doing something for us in an unexpected way.

When we arrived for our meeting I first went in alone because Luke had fallen asleep in the car so Brian was waiting with him. They then began to tell me Laylee’s story which I had heard on our first visit there.  As soon as I realized they were talking about her I told them I need to go get my husband.   When we came back to the office they brought her to us and Brian heard God say that He was doing something for us in an unexpected way.   Luke immediately was trying to hug and kiss her.  We were certain she was to be ours but told the babies home we would go home and pray about it then give them our final decision. 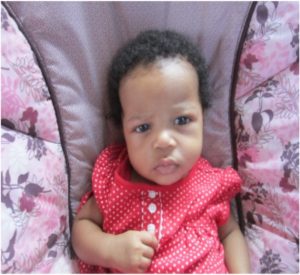 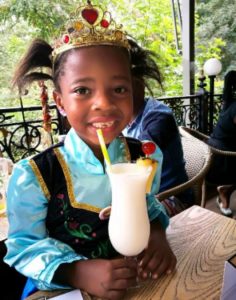 While we prayed about it God brought to our memory several things that had happened with in the week before they called  that in retrospect were preparing us for this unexpected news.  As we were praying it seemed that every word spoken to us even by those who did not know we were praying confirmed what we already felt God had spoken. When we gave the babies home our final decision we assumed it would take a while or at least a couple weeks but in 1 week and 5 days all the legal paperwork  and home visits were completed and then Laylee Kyisa came home on March 30, 2012.

I saw Liana and began to weep.  I knew she was my daughter.

Liana became our daughter on November 10, 2014.  We had met Liana when my family was visiting in July, when we had taken them to visit Loving Hearts Babies Home.  As soon as we saw her we knew she was our daughter.  She even looked like Luke and Laylee.  At that time the necessary police reports and investigations were not yet done for her to be considered for placement with a family.  It appeared hopeless that she could ever be adopted .  At one point the Babies home even contacted us about another baby but when we went to the home I saw Liana and began to weep.  I knew she was my daughter.  God’s timing is amazing–they contacted us the end of October to see if we were still interested and we were told we could begin the process to gain custody.  From that point it was one miracle after another because every step of the way there would appear to be a hindrance and instead a blessing would result. 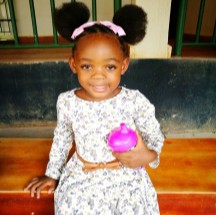 We feel so blessed that God has given us the children we have.  There is no greater gift then to be their mommy and daddy.

Thank you for praying for our family and for the ministry in Uganda. 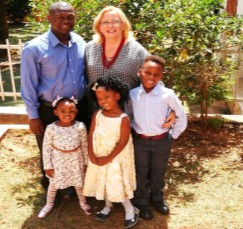