There have been times in my life where the overwhelming sense of loneliness left me feeling isolated and separated from the rest of the world. For me, it didn’t matter that I had a family that loved me, friends that cared for me, or even a church in where I could go to hear the Word of God taught. I would read scriptures that proclaimed the truth of God never leaving me nor forsaking me, yet in those moments, He felt so far away. Since coming home from Croatia in July, I’ve experienced many moments like this. Moments of longing to fit in. Moments of desiring to be like the people around me. Moments of asking the Lord why He’s given me such a strong burden for the lost abroad, all while wondering why I couldn’t just stay in California and be like most of my friends and family so that I can feel normal and accepted. Time and time again, I fell on my face asking the Lord for forgiveness for those thoughts even crossing my mind. Christ had to teach me that I am not called to fit in. I won’t ever feel at home here on earth again but that’s okay because my citizenship is in Heaven.

“For our citizenship is in heaven, from which we also eagerly wait for the Savior, the Lord Jesus Christ .”
Phil 3:20
​
Since coming back to California, I’ve had the opportunity to serve at Saving Grace World Missions’ home base. For those of you who don’t know, SGWM comes alongside missionaries to help them accomplish what the Lord is calling them to do successfully. They work relentlessly to make sure that the needs of missionaries are being met. They routinely have Skype meetings with them to make sure that they are doing okay. They also have weekly prayer meetings in where they intercede for those on the missions field front lines. They send out newsletters and countless amounts of other emails. Overall, they are the missionaries that work super hard here in the states, so that the missionaries abroad can do the work that the Lord has called them to do more effectively. It has been one of the sweetest seasons. I get to work with people who love Jesus and live out their calling every day. I get to talk to people all over the world, whether through Skype, email or in person, who are servants of the Lord, living radical lives for the sake of the Gospel. It’s like I’m reading a different missionary’s biography every day I go into the office. It’s so extremely encouraging to hear what the Lord is doing around the world through His Body.

As followers of Jesus, we belong to the Body of Christ. We become a part of a new community. A new people group that we will spend eternity with. In Heaven, there won’t be different denominations. In Heaven, there won’t be churches that are separated by disputes or disagreements. There will only be one body, one group of people, who will be on their faces, for eternity, worshiping THE GREAT I AM. Just thinking about it makes me want to cry and praise the One who created this community for us, so that we may thrive together on this earth for the spreading of the gospel. 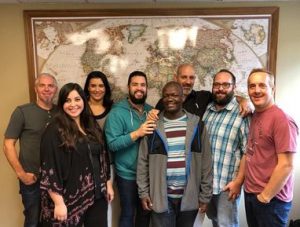 Last Sunday, I had my dessert gathering. For those of you who don’t know what a dessert gathering is, it’s just a time of me being able to share what the Lord is doing in my life and the vision that He has given me for a group of people that don’t know Him, all while eating delicious desserts. In other words, as pastor Trent put it, ‘I was the mouthpiece that the Lord chose to use, to bring awareness about the Roma villages to people who would never have known about them otherwise.’ 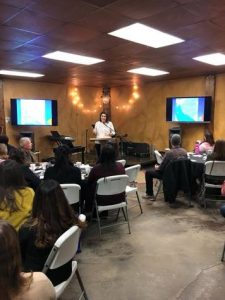 I’m not going to lie, I was terrified that no one was going to show up. I was scared, discouraged, and I was feeling that sense of loneliness that I described at the beginning of this post. And satan, knowing where to hit the hardest, made me feel like no one cared. I didn’t share this with anyone at the time and even now I am so ashamed to even write these words, and to admit that I was starting to buy into these lies. BUT GOD IS SO FAITHFUL! As people started to walk into the room, I heard His still small voice saying, “These are your people, this is what the Body of Christ is for,  this is the community I’ve placed you in.”  It was overwhelming and humbling at the same time. My God, the Creator of the Universe, revealed to me that night what it looks like to be a part of His body, His community and He used people I knew and a lot that I didn’t. If you think that’s awesome, just wait there’s more! This is how good our God is, He doesn’t just reveal lies for what they are, He demolishes them.  At the end of the night, Pastor Trent asked anyone who wanted to lay hands on me and pray to come up to the front of the room. One by one, everyone in the room stood out of their chairs and came to the front. I stood there speechless, humbled by His love, and on the verge of tears. This is my family and I can’t wait to spend eternity with them, praising Jesus! 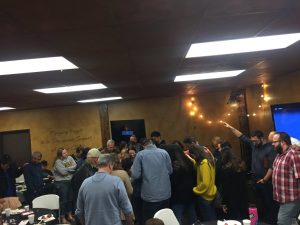 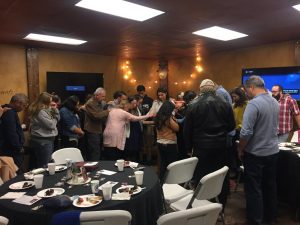 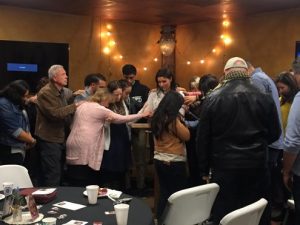 The Lord reminded me that I have a community. A group of people who welcomed me in and saw me as one of their own. I belong to this Body, not because I deserve it but because Christ has given it to me, as a gift that is to be cherished. All the moments in where I felt rejected, lost, isolated, and alone didn’t matter anymore because that night Christ showed me that I wasn’t. I needed Him to show me, and though He didn’t have to, He still chose to. I am so extremely grateful. Words can’t even describe the amount of gratitude I have in my heart towards those who have come alongside me. This past weekend, the Lord revealed His love towards me through His body of believers and I was left overwhelmed by Him.